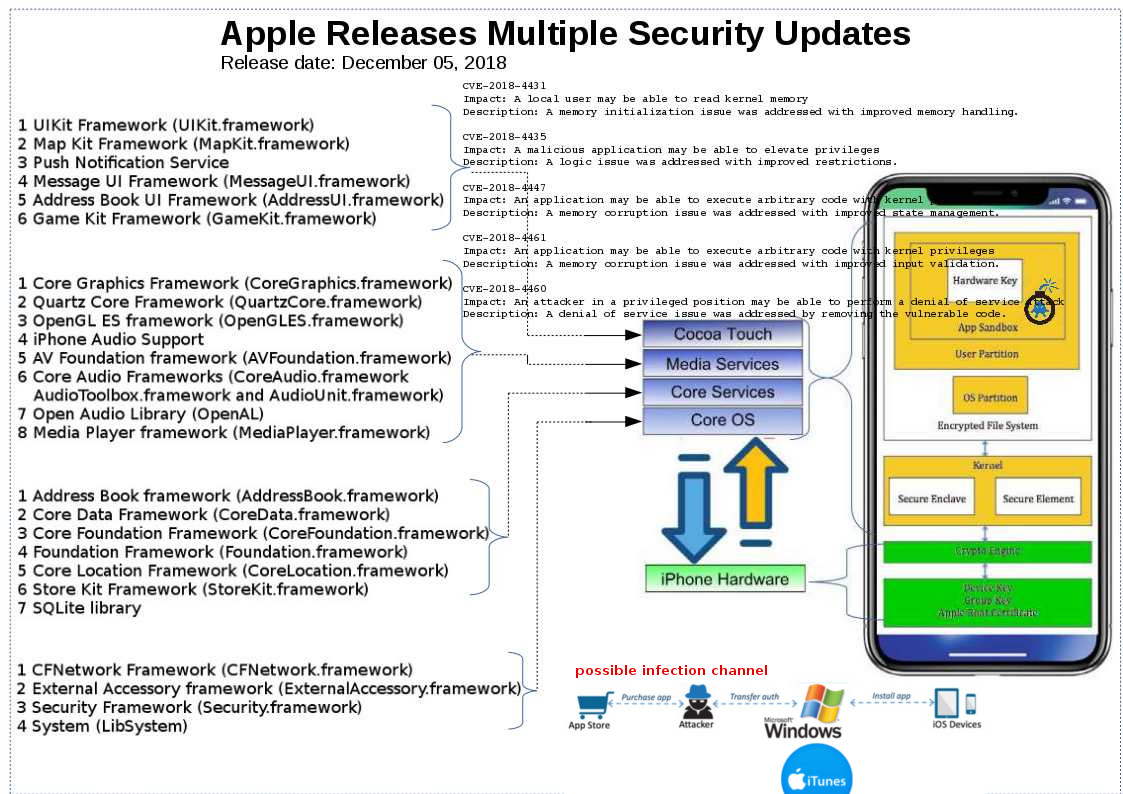 Preface: One of the biggest successes of the iPhone is its security. Still No Major Malware found on iPhone.

Current possible infection methods:
1. iOS process named “iBoot” that starts up the system when you first turn on your iPhone and ensures the code being run is valid and originates from Apple. Hacker mimic counterfeit firmware may have way to compromise Apple iOS devices.

3. Man-in-the-middle -attack: On 2016, found a program called “爱思助手 (Aisi Helper),” which acts as the “man-in-the-middle” attack. Aisi Helper silently installs a malicious app to any connected iOS devices. It appears that the malicious app connects to a third-party iOS app and game store that asks users to enter their Apple ID passwords then implant malicious code to 3rd party Preventive maintenance:

Following official suggestion to enhance your iOS devices (see below)