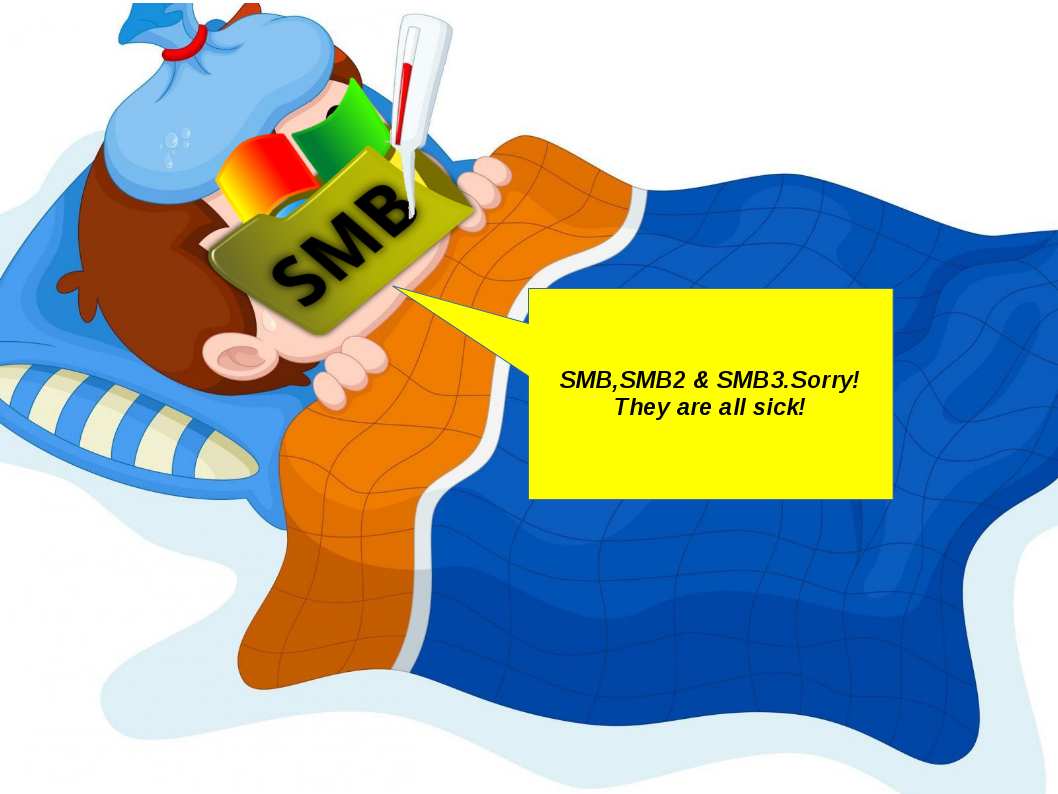 Ransomware (#wanacrypt0r #wannacry #ransomware #wcry) outbreak since last Friday 12th May 2017 till this week. Believed that no room discuss here since you are easy to get the information update on internet. However SMB is our discussion topic today. As we know SMB ver 1 is the culprits of Wanacrypt. The side effect looks only affected outdated windows OS (2003,XP,Me and Vista) or recently end of support product (Windows 2008 instead of 2008 R2)! In the meantime, do you have issue to worry like myself on SMB version 2 and version 3? 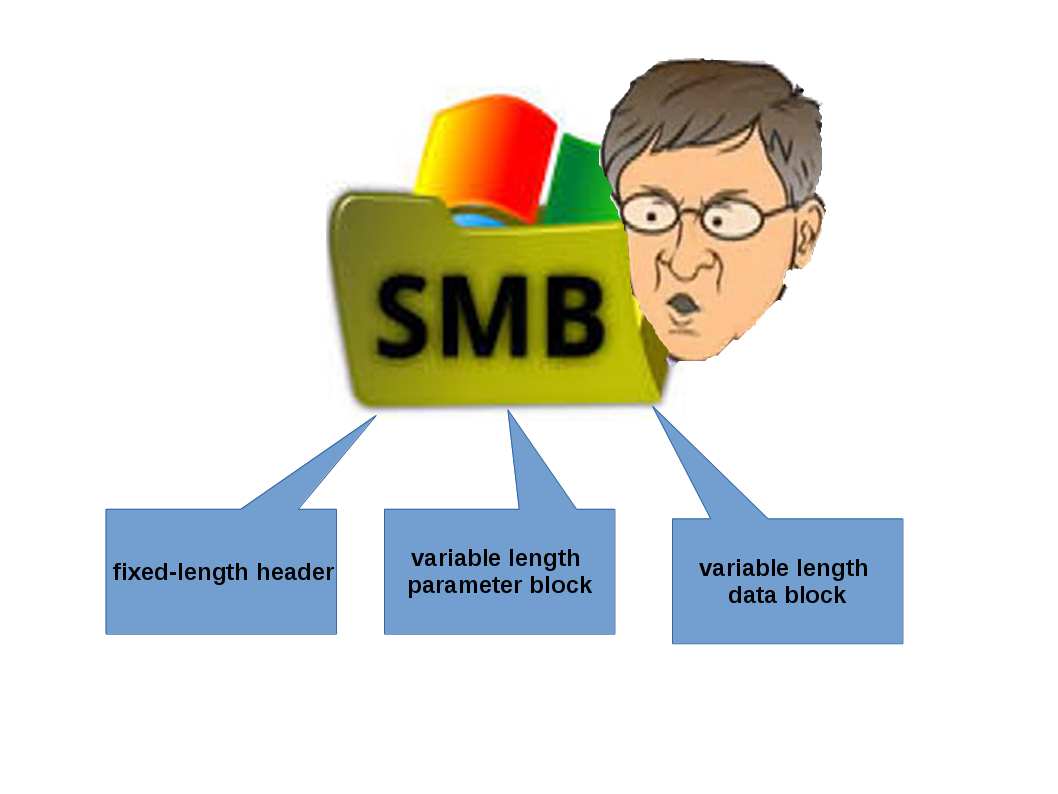 The structure of the header is as follows:

Why SMB always encounter vulnerabilities? Why old version of SMB need to stay on windows OS?

NSA surveillance  tool kit named EternalBlue exploits a vulnerability on SMB. From my personal point of view, not surprise! Since no operation systems are prefect, right! But the earliest time SMB encountered flaw was back time to 2009. A flaw was found on Microsoft SRV.SYS Driver. The symptom exploit that a Remote Code Execution vulnerability in Microsoft SMB Servers (WriteAndX Invalid DataOffset).

Remark: Srv.sys is a Windows driver. A driver is a small software program that allows your computer to communicate with hardware or connected devices. This means that a driver has direct access to the internals of the operating system, hardware etc (see below picture for reference). Microsoft suggest that Srv.sys should be set to start on demand since it is only communicate with old fashion client such as windows XP.

Regarding to security vendor Rapid 7 findings on 2009, Microsoft SRV2.SYS SMB Negotiate ProcessID Function Table exploits an out of bounds function table dereference in the SMB.

Looks irritating, we are not going to post all the flaws. But I am interested that is there something get wrong from fundamental design causes such non stop vulnerability. As far as I know, all SMB family are easy to causes vulnerable. Even though SMB3! An official announcement by Microsoft highlight that transferring files by using SMB2 or SMB3 causes memory leak on a windows computer (see below url for reference). And then Microsoft issued a hotfix held on 2017.

Take the latest reference as an example. See how the weakness of SMB. Yes, it is not a SMB2 or 3.  Since SMB2 and SMB3 obtain their own design weakness on memory validation (see above description). OK, Let’s go. We start the journey.

Equation Group’s (NSA) wake up all the IT guys, attacker can easy initiate a Ring 0 attack relies on SMB. They  took below action:

Remark: If you would like to call ZwQuerySystemInformation, a parameter need attach with the command. You must input buffer as size of SYSTEM_PROCESS_INFORMATION. And then checking the return value and return requied size. If the return is not success, you must make the second call with input buffer of requied size (i.e.size return from the first call).

6. Calls ZwQuerySystemInformation with the SystemQueryModuleInformation argument, which loads a list of all drivers. It uses this to locate Srv.sys, an SMB driver.

7. Switches the SrvTransactionNotImplemented() function pointer located at SrvTransaction2DispatchTable[14] to its own hook function.

Remark: Npp buffer + 0x100 directly written before the leak out of the function table

Above scenario happen SMB or SMB v1 only.  But when we know SMB2 and SMB3 also found vulnerability on memory side.  My research is on the way, my friend I will keep you posted if there is anything updating.

585 thoughts on “Does SMB mess up the world? But he is sick always! …Wanacrypt0r, SMB worm,…etc”