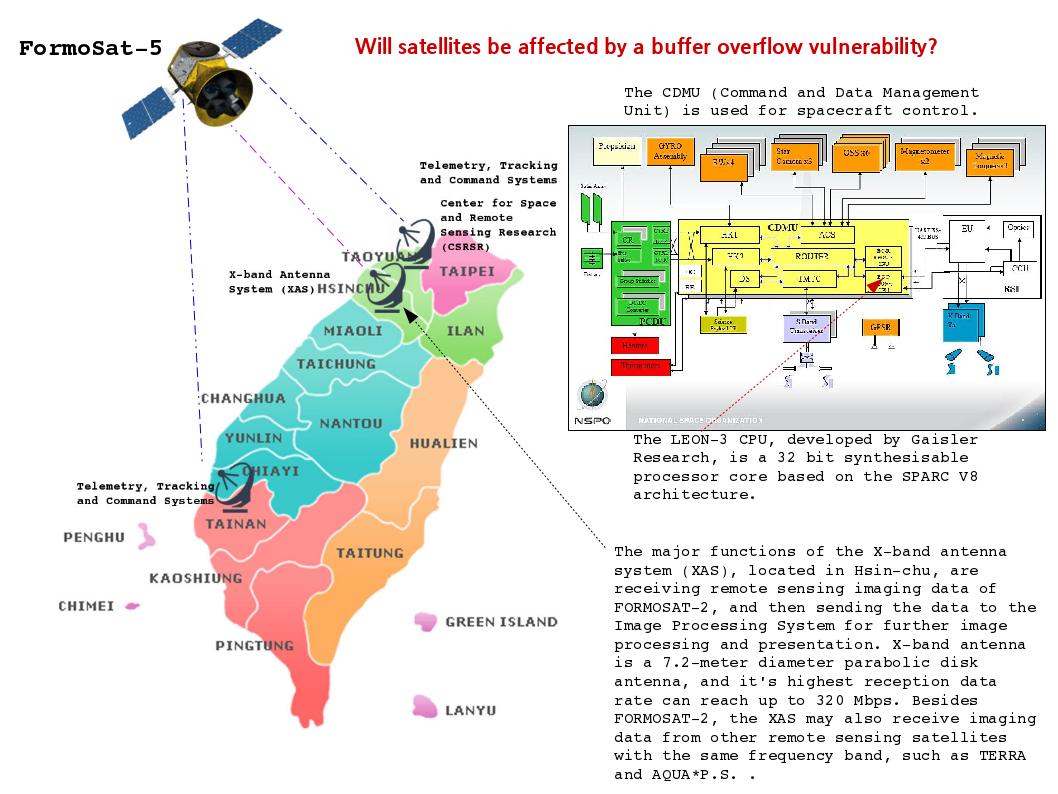 Will satellites be affected by a buffer overflow vulnerability? Heard that hacker interested of the satellite device. This news let you imagine that it is a APT attack, right? It looks that political issues run around the world. Who’s right? Who’s wrong? Perhaps god also doesn’t know. On 16th Jan 2018, the confirmation of Solaris and SPARC Spectre vulnerabilities comes as Oracle delivers its Meltdown/Spectre patches for its x86 servers. Meldown and Spectre look like a AIDS or ebola disease.

The CDMU (Command and Data Management Unit) is used for spacecraft control especially satellities. It is composed of the following functional element. The LEON-3 CPU, developed by Gaisler Research, is a 32 bit synthesisable processor core based on the SPARC V8 architecture. Oh! As far as I know, hacker can be exploiting SPARC Buffer Overflow vulnerabilities. Perhaps it is not easy to do the patch management on the sky? Should you have interest of this topic, please refer below url for references.

6 thoughts on “Will satellites be affected by a buffer overflow vulnerability?”