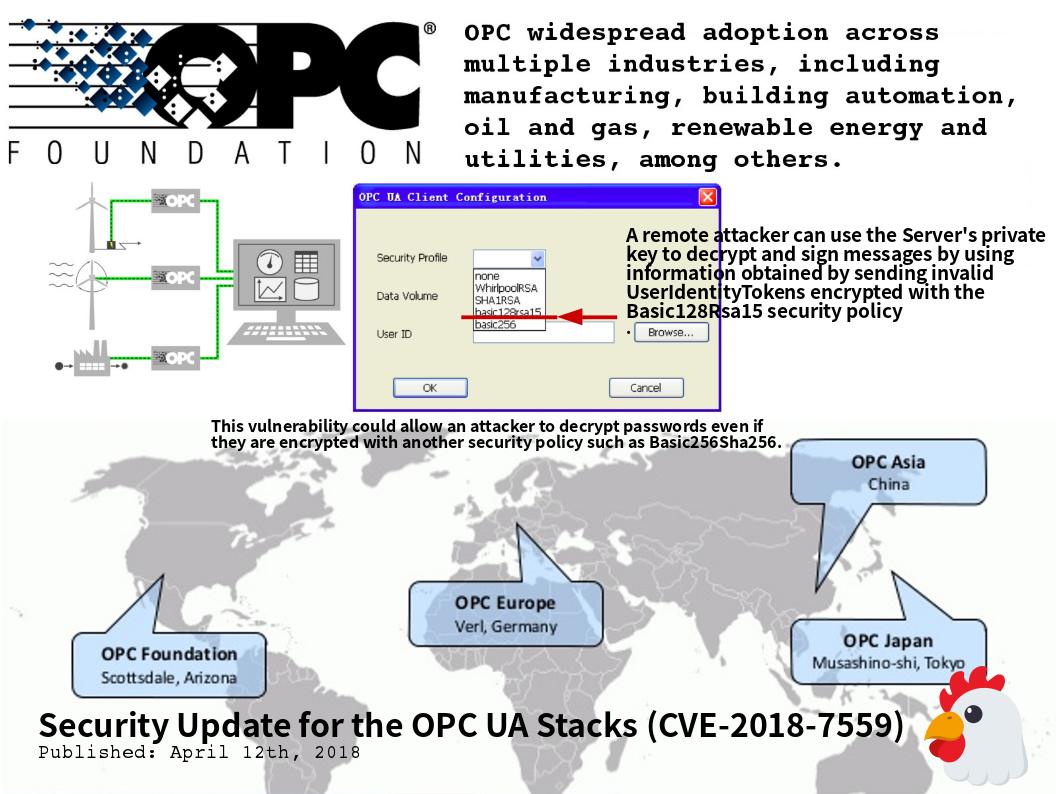 US Homeland security has announcement three times within this year ( April 16, 2018,May 29, 2018 and June 14, 2018) thus to urge the world staying alert malicious attack.Perhaps the industrial sector especailly oil and gas, power supplier facilities has detective and preventive control in placed. Hacker will be facing difficulties for attack. As far as we know, OPC source code on GitHub contains a flaw let remote attacker use the Server’s private key to decrypt and sign messages by using information obtained by sending invalid UserIdentityTokens encrypted with the Basic128Rsa15 security policy. The successful result could allow an attacker to decrypt passwords even if they are encrypted with another security policy such as Basic256Sha256. This flaw found on April this year and remediation has been announced. However, I believe that cyber security attacks exploit of this vulnerability will be happened soon.